On the 21 September, International day of Peace, 50 children under the age of 12, including young refugees, participated at the celebrations, under the guidance of the International Olympic Truce Centre, in conjuction with the european sports week program “Be Active” of the General Secetrary of Sports, the Hellenic Modern Pentathlon Federation, the Secretariat of the Supreme Sports Council of the Armed Forces of the General Staff of National Defense, the Particpants at the Olympic Games Association and the Olympic winners Association.

Activities included the painting of the doves of Peace which were created by the artist Anna Sakelariades Londos, with the partcipation of the descendant of the founder of the modern Olympic Games Pierre de Coubertin Diane de Navacelle de Coubertin and sports activities with the participation of Olympic champions. Sposrts activities included horse riding, laser run, fencing, boccia.

The Deputy Director of the IOTC Dora Pallis welcomed the young children at the celebrations, stressing on the importance of sport for promoting the values of mutual undestanding, tolerance, respect and friendship amongst youth – values that help create a culture of peace and undestanding. 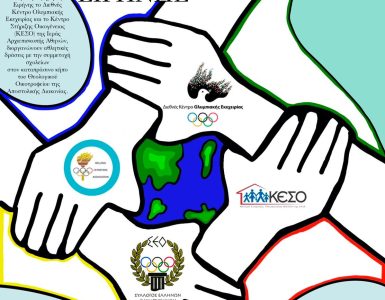 On September 21st, the IOTC celebrated the International Day of Peace together with the Centre for Family Support of the Holy Archdiocese of Athens (K.E.S.O).  Schoolchildren coming from the 3rd High School and the 1st... 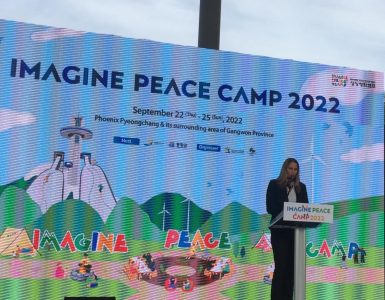 The Imagine Peace Camp 2022 is an educational and interactive programme organised by the International Olympic Truce Center (IOTC) and the Pyeongchang 2018 Legacy Foundation. This year’s camp was held in... 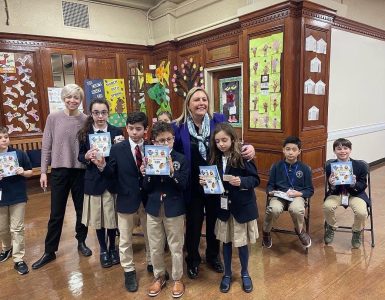 Our deputy director Dora Pallis together with the gold Olympic champion in gymnastics Ioannis Melissanidis – Official visited the Greek American school The Cathedral School in New York. They carried out the...

Imagine My Stories for Peace

International Day of Sport for Development and Peace